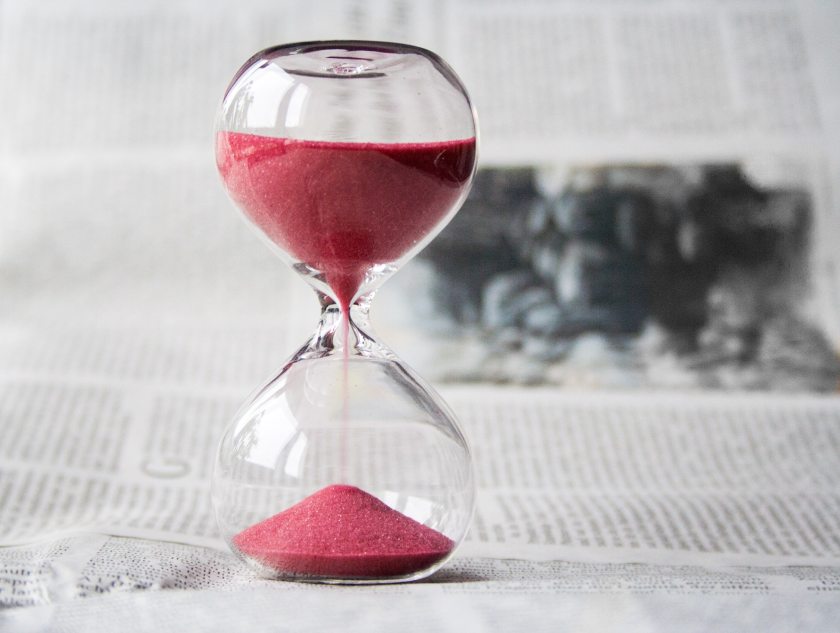 I’m sure by now you saw the pictures of the singer Cassie who is now married and pregnant. She spent the last ten years dating Diddy. Everyone kept saying that Diddy wasted her time, and they’re happy she moved on. I’m delighted for her as well. Judging by the photos, it appears that she’s in the right place. I would be remiss if I didn’t bring up the elephant in the room. Diddy didn’t waste her time unless she permitted him. That statement may be triggering for some but hear me out first. At any time Cassie could’ve walked away. Once she saw Diddy wasn’t going to give her what she wanted, then exit stage left. We can go and go about what people are doing to us but what about what we allow? You tell others how to treat you by what you will enable them to do. It’s easier to curve behavior when it’s not a habit. Once it’s committed to memory, it’s challenging to get someone to change.

I’m sure Cassie spent many days telling Diddy her expectations. I remember Diddy stating in interviews that he didn’t want to get married, nor did it appear that he wanted more children. The ball was in Cassie’s court to decide the next steps to make. She decided to stay, and now ten years later, she wanted out to pursue what she wanted. Nothing wrong with moving on, but she allowed herself to wait that long. Going after what you want is a smarter choice to make, as it will make you much happier. Telling someone that you aren’t buying what they’re selling is a liberating feeling. Remember, you aren’t asking for too much, you’re asking the wrong person to provide it. Maybe Cassie stayed to see if things would turn around. I’m not going to fault her for that as we all did that at some point. There comes a time when you have to accept responsibility for your actions. You don’t have control over anyone else but yourself. If someone isn’t doing something to make you happy, it’s time to move on. 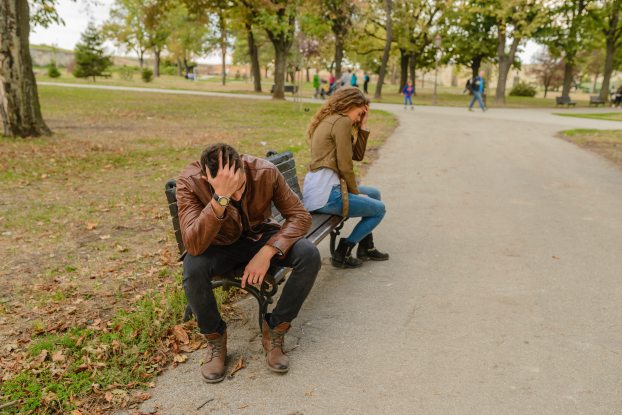 That’s the reason why a man can date a woman for six months and propose whereas he’ll date another woman for ten years. Men know who they want when they want. Ladies, we need to notice when the writing’s on the wall, it’s up to us to make a decision. The decision isn’t always up to men, and women have a say as well. You can’t stay in a sub-par situation and put all the blame on the other person. You decided to stick around, so you have to own your consequences. I get the feeling that Cassie knows this, and that’s why she’s not bashing Diddy.

I’m writing this for the folks who blame Diddy when Cassie wasted her own time. Person accountability is a step that most people won’t take. However, it’s smarter to own your part instead of playing the blame game. Learn from your mistakes so you can avoid this same mishap in the future.

What are some examples of you wasting your own time, and how did you resolve it?

I recently instituted a new rule in my life called the one-day mad rule. That means that I allow myself only one day to be upset. I have that whole day to work through whatever issues I’m having. Once I wake up the next day, it’s old news. I can no longer be upset about what happened yesterday. I have to exercise, hike, or anything to get my mind off what’s bothering me. The main objective is not to carry that anger with me through the next day. I’m telling you since I forced myself to adapt to this rule it’s been a complete game-changer. I had to get used to the idea, so it was a huge struggle at first. I’ve been following this for a month, and it increased my mood drastically. I’m in a much happier place, and most importantly I stopped getting on my nerves. Yes, that’s an authentic thing!

When you learn how to manage your emotions, it makes you a more pleasant person. People want to be around you more, and you overall give out positive vibes/energy. Plus, life is too short so what’s the point of holding onto all that negative energy? If you’re upset with someone forgive them and let it go. Forgiveness doesn’t mean you have to allow that person to stay in your life. It just means you won’t let that person remain rent-free in your head. When you’re holding all that toxic energy, you’re the one impacted. Whoever hurt you most likely doesn’t know nor care. There’s no point in wasting precious time on things that aren’t aiding your mental health. The one-day mad rule will take getting used to, but the benefits are worthwhile.

Start small and commit yourself to make a change. Once you decide that you will make this change, it becomes easier. Also, when I see myself getting frustrated, that’s when I take a break. I go for a walk, listen to music, etc. Anything to get my mind off the anger. Putting yourself in a different mindset helps you to make decisions from a logical standpoint instead of emotions. That will keep you from having to apologize often due to hurt feelings. That’s the difference between adults and children. Adults learn when to speak, apply their emotions, and when to keep quiet. If you haven’t mastered this art it takes time and practice to perfect it. However, I committed to change my behavior. I’m going to fall short, but I’m going to keep at it until it becomes second nature. My one-day mad rule is here to stay!

What are some ways that you learned how to handle and manage your emotions? 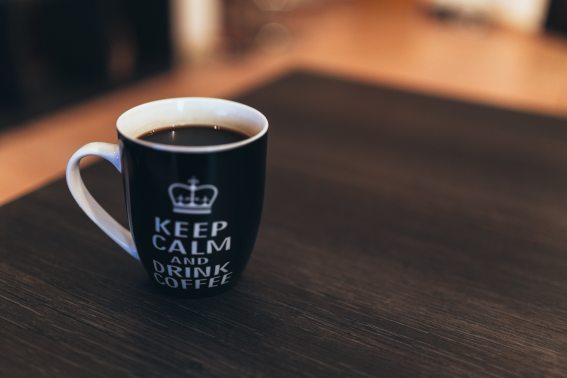 I’m writing this post about some of the themes I noticed from the new Jordan Peele movie, “US.” There will be some spoilers in this post. Come back here after you see the movie as I don’t want to spoil the movie for you. Great now that we got the pleasantries out the way let’s get to the post. One major theme of the film was that Adelaide explained a traumatic event as a child by meeting her doppelganger. Of course, this terrified her, and as the viewer, we believed she escaped and made it back to her parents. Later in the film, it’s revealed that Adelaide and Red (tethered doppelganger) switched places in childhood. Red went to the surface, and Adelaide stayed down below in the tunnels.

Essentially Red stole Adelaide’s life and every day since Adelaide along with the other tethered has been plotting their revenge. It further explains why Red fought so hard to defend her life and her family. Before this revelation, it came across as a Mom protecting her children. However, knowing that Red stole Adelaide’s life, it puts a different spin on it. Red vehemently was defending her spot because she didn’t want to go back living among the “others.” Adelaide reminds Red of where she once was and where she doesn’t want to be. I felt this directly correlates to what is happening with the immigration issue in the US.

Some folks within the dominant group don’t want people of color in as it minimizes their existence. They feel like they have to fight at all cost to protect themselves. Due to the number of people of color increasing and the dominant society is decreasing. Therein lies a power-shift! The oppressor is now becoming the oppressed which is a position they don’t like. Everything in their power in terms of laws or other means are created to keep the “others” out. It’s fine until the threat of self-preservation is near. Once this occurs, it’s all about survival of the fittest. I ultimately believe that Red was selfish in this regard. She didn’t care about her family. She was only looking out for self and didn’t want the “others” to have their time in the spotlight.

Another major theme I noticed has to do with the husband Gabe and the daughter Zora. Both of them were preoccupied with technology and keeping up with the Joneses. Zora was so caught up in her phone that she wasn’t paying attention to what was going on around her. When the tethered family was in the driveway, her mom asked for her phone. She said Mom I’m not on it when Red wanted to call the police for assistance. Zora wasn’t present for the current situation. Her only concern was that her phone was outside of her possession. To further illustrate my point while on the beach Zora barely interacted with anyone. Again she had her head in the sand literally and glued into her phone. I felt this strongly spoke to what we are experiencing now with social media. Some people don’t have social skills nor how to even communicate outside of social media.

People are using technology as a way to replace human interaction which is why once they do come in contact with others; it doesn’t go well. The husband Gabe was trying to keep up with his friend. He mentioned in the movie that his friend purchased a new car and a boat to mess with him. He doesn’t appear to have a knack for the boat, but it’s view as a status symbol. That if he has the boat he “made” it and he’s now apart of the upper-class society. I got to thinking about the emphasis we place on material items to fit in. We need to be more grateful for what we have instead of what we don’t. The grass isn’t always greener and whichever side is getting the most water will consistently appear to be more green.

There is a ton more of symbolism that I picked up from the movie which could make this post even longer. The ones I mentioned above spoke out to me as I got them right away while watching the film. The movie made me think about some of my current life choices and if I am making them for me or someone else. I am indeed an independent thinker like I believe or I am subconsciously following behind other people. I often time second guess myself, and I take a long time to settle on big decisions. I am worried that I’m going to disappoint my family somehow or think they will not approve of my choices.

I want to go with my gut instinct, but then I brush it off as not being realistic. I can make a last minute decision, and things will turn out completely fine. Other times when I took forever to make a decision it turned out to be a disaster. I believe it had to do with the fact that I overthought it too much and I didn’t view all of my options as I should’ve. It is essential to listen to what you want and not others. Nobody is living this life from day to day but you. If anyone has an issue with what you say or do, that’s their problem. You only get one life, so it’s best to live it up; however you see fit.

What are some of your thoughts after watching the movie US? What do you feel the filmmakers were trying to convey with the messages in the film? Were there things that stood out to you? Why or Why not?