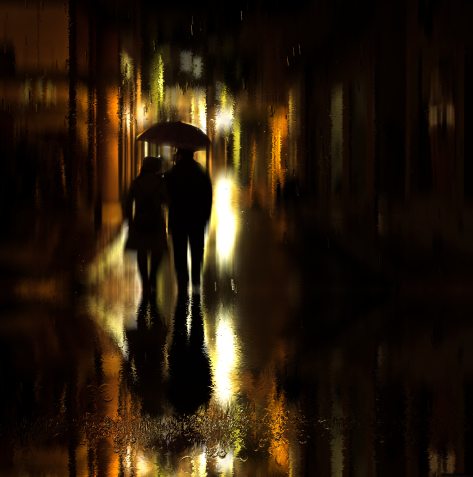 With 2020 just around the corner, it’s becoming even more important to rid yourself of the deadly sins of dating. You must avoid these sins to have a productive relationship. The list that I compiled is by no means all of them, but the ones I feel will quietly kill a romance before it has time to bloom.

Come on people it’s 2019 and ghosting is still a thing. I understand not wanting to hurt someone’s feelings but trust me leaving their messages unread isn’t the answer. Of course, some folks will take the hint and move along. Whereas other people may feel desperate to continue because they aren’t sure where things took a wrong turn. My advice is DON’T DO THAT EVER! I don’t care how great the person is or if the chemistry was on 1,000. People who are vested in you don’t ghost PERIOD. If this happens chunk of the deuces and start dating other people. It is critical not to put all your eggs in one basket. Especially if that person hasn’t displayed that they’re worthy of you doing so.

Let me break it down if you aren’t familiar with the concept. It is praising your dates over necessary dating etiquette. For example, texting back, opening the car door, and checking that you arrived home safely to name a few. With standards that low nobody can complain about getting less than stellar dating prospects. I’m not saying you shouldn’t have standards as they’re necessary while dating. However, set your standards a bit higher to weed out the non-committers from your dating pool.

Being a Pick Me

I’m not going to lie I wasn’t as familiar with this deadly sin previously. I honestly had to ask a few friends what this was. In a nutshell, it’s someone who screams desperation. They will say and do anything to get someone to date them. Even if that means settling for less and not having their requirements met. Dating has become so challenging that it’s hard for people to maintain positive. It’s essential to stay with a positive mindset at all times while dating. Things can be bleak and then turn around in an instant. Never settle as forever is too long of a time to be miserable.

Holding on to Past Hurt

Remember the old saying the best way to get over someone is being with someone new. I personally only agree with that statement if you’re ready to move on. Making others pay is played out, and we’re too grown for that. Your date has nothing to do with the situation, so why should they suffer? Do the right thing like Spike Lee and don’t start until you’re emotionally, physically, spiritually, and mentally healed. Otherwise, you will be helping to create more damaged people, and there’s enough of that.

That is a term I coined to describe someone who can’t consistently be present, but who will pop up from time to time. They will send that dreaded “I miss you” text or the classic “Hey stranger.”Ugh please do us all a favor and go away like the dinosaurs. Nobody wants or needs that in their lives. If you don’t have time to date, then be an adult and say that. I have a better idea: DON’T DATE until you can devote time to it. Overly simple right. It will avoid so much drama and make dating so much easier.

Of course, this deadly sin is apparent, but I would be remiss if I didn’t put it on the list. The whole point of the dating phase is to see how things would pan out on a romantic level. If you’re dishonest during this phase that pretty much describes what someone would look forward to in the future. We all tell little white lies. For example, I ate pizza when I stated I would eat salad as apart of my new diet. If a person lies about something significant like where they work and not having kids. Those are red flags that are too glaring to be ignored.

It’s essential to remember that while dating the purpose is to get to know someone and see if a relationship can build based on similar interest. None of this can occur when rushing comes into play. That could mean after the 2nd date ready to move in together. Some people may feel that’s too soon, while others are all for it. You have to take the time to figure the other person out before determining the best way to proceed. Making sure both parties are moving at a healthy pace will make the dating phase more comfortable and enjoyable.